TTT studies the role of women’s writing in the transnational literary field during the long nineteenth century. It explores in terms of gender cultural encounters through reading and writing that contributed to shaping modern cultural imaginaries in Europe. The systematic scrutiny of reception data from large-scale sources (library and booksellers’ catalogues, the periodical press) forms the basis for the study of women’s participation in this process. By tracing and comparing the networks created through women’s writing from the perspective of our five cultural areas located at the fringes of 19th-century Europe we are questioning the relations between centre and periphery from a gendered point of view. The Collaborative Research Project will thus contribute to the development of new, transnational models of writing the history of European literary culture.
The use of shared digital research tools is central to the implementation and coherence of this project. Building on the database WomenWriters and the experience of the European COST Action Women Writers In History, a Virtual Research Environment is being developed at Huygens ING, providing not only advanced technology for statistical analysis, charting and visualisation, but also the possibility to work together in the virtual space. Outputs will include a conference, peer-reviewed articles and book publications. These activities will be complemented by workshops and seminars organised together with our two Associated Partners, Chawton House Library (UK) and Turku City Library (Finland), sessions at international literary festivals in Norway and Slovenia inviting writers to meet their ‘foremothers’, and exhibitions in all five countries involved in the project.
The project Travelling Texts, 1790-1914 is financially supported by the HERA Joint Research Programme (www.heranet.info) which is co-funded by AHRC, AKA, BMBF via PT-DLR, DASTI, ETAG, FCT, FNR, FNRS, FWF, FWO, HAZU, IRC, LMT, MHEST, NWO, NCN, RANNÍS, RCN, VR and The European Community FP7 2007-2013, under the Socio-economic Sciences and Humanities programme. 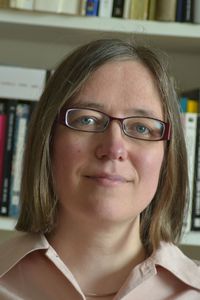